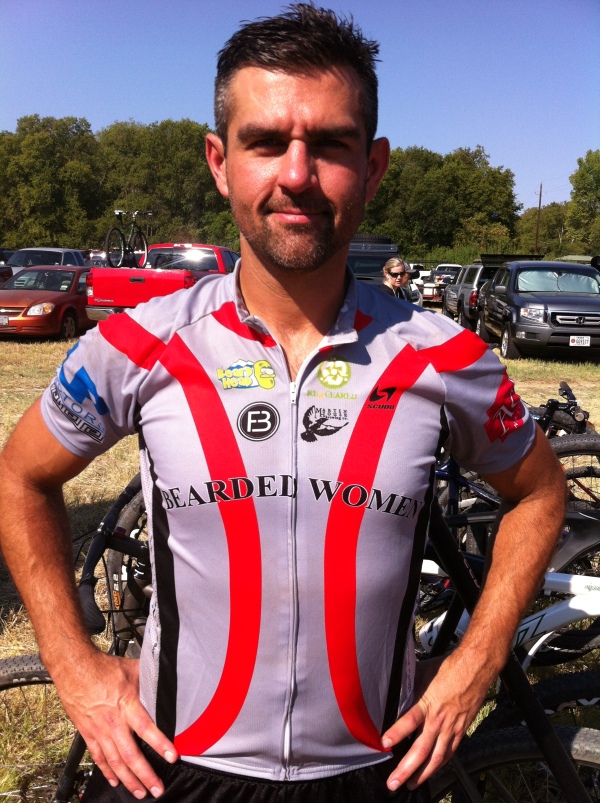 Everyone in Texas and across the country knows about the Hotter Than Hell 100.  Growing up in Collin County, it’s all I heard about at the local bike shop in Plano.  This year several Bearded Women members went up to the largest single day 100 mile bicycle ride in the nation – and possibly the world – to test themselves on the 60 mi or 100 mi course.

The event also has a half marathon and mountain bike race that athletes can choose to enter.  A few of our members rode both the mountain bike race and the 60 mi road route.  Even one, Kyle Adams, did all 3 events throughout the weekend to receive the Trifecta Award.  Nice work Kyle!

Kyle completed all 3 events, thus receiving the these epic awards!

The history of the event is rather interesting, as their website says:

The Hotter’N Hell Hundred grew out of efforts to find a special way for Wichita Falls to celebrate its centennial in 1982. Roby Christie of the Wichita Falls Bicycle Club proposed a bicycle ride – 100 miles in 100 degree heat to celebrate 100 years.  The original HHH committee promoted the idea as a unique and fitting event to honor the spirit of Texoma and the people who first settled the area.  A consulting company from New York City had proposed a rocking chair marathon, but after lengthy discussion the Centennial Committee agreed with the HHH committee that early settlers were not rocking chair people.  Gritty people capable of riding 100 miles in Texoma heat was a more fitting symbol of the tenacity of our early settlers.  Mark and Jo-Alice Davis, now of Weatherford Texas, coined the name, Hotter’N Hell Hundred.  The rest is Hotter’N Hell History.  Some of the original committee members have moved on but Roby and many others remain involved in planning and implementing the event in each of its now 30 years.  The committee started with 7 people and is now in excess of 90.

During the first year of HHH, there were 1200 riders.  Endurance cycling was relatively new to Texas but 1200 riders celebrated the first year as the largest single day 100-mile ride in the nation.  The HHH committee has been a constant pupil in the school of hard knocks.  Rest stops during the first year were operated by members of the Good Sam’s RV Club.  On-board water, toilets and built-in shade made these RV land yachts appear to be the perfect mobile rest stop.  The bicycling event emptied the water tanks, filled the toilet tanks and wore out the small crew of volunteers.  Tired or not, the Good Sam’s remained an important part of road support for many years.

Ever wonder where the CamelBak hydration pack originated? Well, it was at the 1988 Hotter’N Hell Hundred right here in Wichita Falls, Texas! Click on the link to visit their site. http://www.camelbak.com/Sports-Recreation/About-Us/Our-Story.aspx

The early years of medical support would be a nightmare for current day medical volunteers.  There was one medical unit at the finish line.  Nowadays there are MASH units at each rest stop and at the finish.  Medical volunteers treat everything from bees embedded in rider’s ears, to emu bites, road rash, under hydration, over hydration and hard landings. 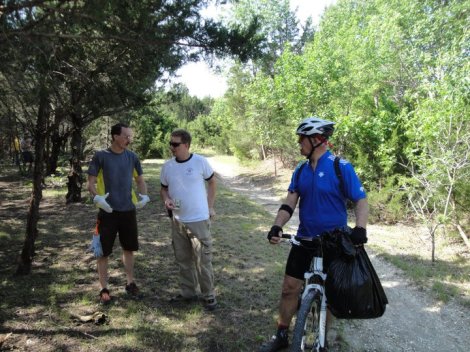 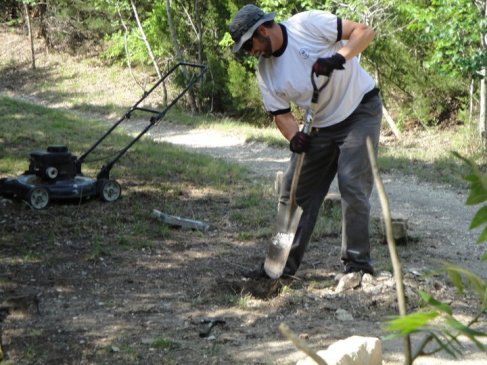 In order to race on our great North Texas mountain bike trails, the team must give it’s own time to keep those trails in  their best possible shape.

That’s why on September 15th, at 8:30 AM, Bearded Women Racing and B & B Bicycles will be hosting a trail maintenance day at Boulder Park.  We’ll have food and beverages, and lots of work is being promised by the DORBA Trail Steward, Cash Lopper. Volunteer to help give back, and please RSVP here!

Team.  Defined as a group of people linked in a common purpose.  Mountain biking isn’t always a team sport.  You perform on an individual level, competing with other athletes in a sprint race to be first to the line.  This past Sunday, our team showed what it means to be linked together in common purpose.

Our biggest highlight came with two racing members who didn’t even finish the race.  Brad Wendling, a team officer, was having a fast race when he lost control and crashed.  He was able to pick himself up and begin racing again when it happened a second, much harder, time.  He’s doing better today, but what happened after that crash is something pretty special.  Josh Merkel, an original member of the team, was racing in only his 2nd race of the season when he came upon Brad.  Instead of continuing, and finishing his race, Josh decided to DNF himself to help Brad out and back to the team tent so medics could check on him.  Josh sacrificed his own race for a fellow teammate.  Big kudos to him, and a reminder to us all that we’re pretty lucky to have such great teammates.

Sunday also marked another first for the team, when three junior racers stepped into their first ever mountain bike race!  Aiden Toombs, and brothers Jacob and William Wendling all competed and had lots of fun racing the 3 mile course. 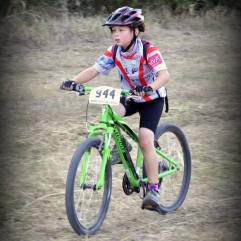 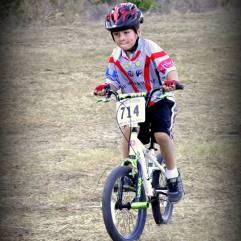 As for those pretty impressive showings, Minh Nguyen and Keith McDonald finished what they couldn’t do the last race because of mechanical breakdowns, and ended up on the podium 1st and 3rd respectively in the Cat 3 40 – 49 division.  The largest division of the event at 49 racers!

In the Cat 3 19 – 29 division, newcomer Jacob Hollings, took 2nd place after a 1st place performance at LB Houston before joining the team.  Jacob’s new teammate, Braden Barnett, showed why he’s poised to grab a top spot soon by continuing to move up the rankings with a 5th place finish.

In a newly created division in Cat 3, Jonathan Braddick and Logan Davis competed in the Clydesdale division taking 1st and 9th respectively.

The results kept coming in the last race of the day in Cat 2.  Brandon Schrader has had quite the season in the SS division, taking multiple top 5 finishes, but in this race he finally saw the results of his hard work, taking a podium spot in 3rd place.  He also holds the top overall team points leader position.  The heat didn’t hold back his divisional teammate, Will Jiron, coming in 11th place. 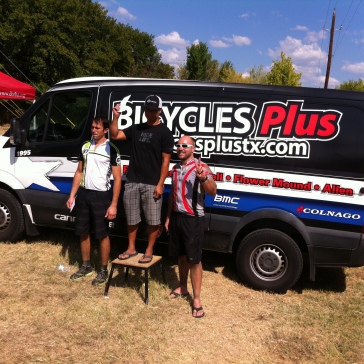 Will Jiron and Brandon Schrader

And finally, the “most races completed this season” leader on the team, and oldest member (of which we like to remind him of this all of the time) superman James Henson completed his seventh race, and is a close 2nd in our overall team points leader competition.  He finished 2nd in the Cat 2 60 plus division. 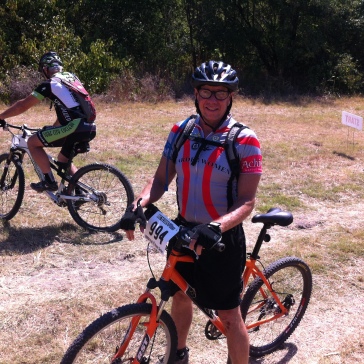 Here are the overall results from the race: 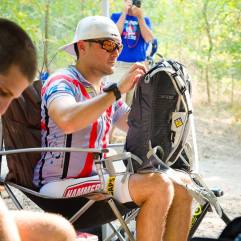 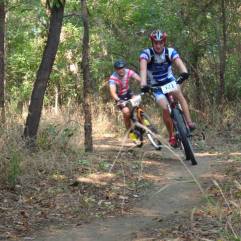 The first sprint race of the DORBA Fall Series was certainly an exciting race for the team.  We had new riding members who recently joined the team, Shane Walden, Wes Salas, and Logan Davis race along with 8 other racing members.  While we’re still looking for that first podium of the season, our hard work is definitely showing now that the sprint season is back!  All of our racers improved from past sprint races in the standings, and we were only one off the podium in the Cat 2 single speed division with Brandon Schrader’s personal best 4th overall placing.  Braden Barnett also got a personal best 7th place in the Cat 3 19 -29 division.

We were also leading the Cat 3, 40 – 49 division with two of our racers, but the mountain bike racing gods weren’t very kind to us with a flat tire of our leader, Minh Nguyen, and a crash out from Keith McDonald who was in a close second at the time.  We’re happy he’s ok, and know he’s going to use it as motivation for the next race in the series.

Furthermore, James Henson did his 6th race this season, the most of any team member, by entering the Cat 1 60 + division.  He finished 3rd out of 3 entries, but what’s interesting is he showed up a bit late for the Cat 3 race.  We’re very glad too, because he burned through 2 fast laps to finish the race with a little extra coin in his pocket!

Here are the overall results from the race: 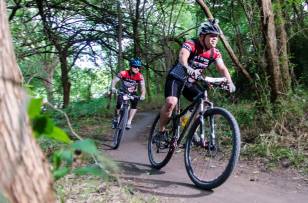 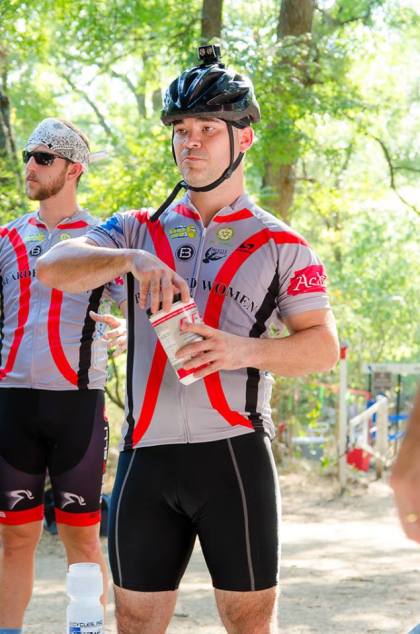 We can’t build a team with out core sponsors like VLP Contractors.  They’re the type of folks that build a foundation for a healthy, strong racing team, and we’re very lucky to have their support!

VLP Contractors has emerged into the market with specific objectives that have been selected using over 30 years of experience. Our customers, of course, are the number one priority;delivering quality projects on time and under budget are foremost. The other key ingredients are our employees, suppliers and subcontractors that work with us here at VLP.

We at VLP strongly believe these components provide us with the total package. Many of our customers prefer the one stop approach to achieving the project objectives by hiring VLP to be the single point of contact. 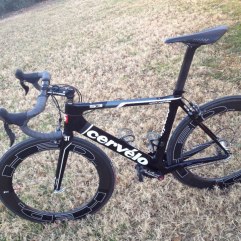