Bearded Women Racing competes in XC sprint and endurance races.  In our inaugural 2013 season, 23 racing members entered and competed in 87 total races.  In 2014, we’ve grown to 33 racing members who entered and competed in 247 total races.  Mountain biking continues to be our most competitive sport to date.  We compete in several of the following organization’s races:

Our primary mission is providing access to great local trails. Your membership provides the tools and infrastructure used to build trails. It also lets local municipalities know that you care about and use the trails on their properties. Several trials are maintained by DORBA throughout the North Texas area including, but not limited to Bolder Park, Oak Cliff Nature Preserve, Cedar Hill State Park, Big Cedar, Rowlett Creek Preserve, and many more.  See all of the latest trails and their conditions here!

The Texas Mountain Bike Racing Association was formed in the summer of 1996 by the promoters of the Texas Championship Series races in an effort to bring added continuity and professionalism to the series. Today, The TMBRA calendar has races all across the state of Texas featuring a wide variety of race courses. Ranging from Desert singletrack in the western part of the state to the twisty trails in the Piney Woods of Eastern Texas and Louisiana, The races promoted on the TMBRA calendars offer mountain bike racers all conceivable types of terrain.

The North Texas Mountain Bike Patrol (NTMBP) was established in January, 2006 by a group of local mountain bike enthusiasts and organized by Rick Buckley. The local patrol falls under IMBA’s (International Mountain Bike Association’s) National Mountain Bike Patrol (NMBP) program. Currently, the patrol has 25 members and is still expanding. The patrol supports both public and private trails throughout North Texas. It has also established formal agreements with the Texas Parks and Wildlife Department for two of its largest parks, Cedar Hill State Park and Palo Duro Canyon State Park.

Terra Firma Racing is the premiere Adventure Racing and Mountain Bike Racing Company in the Southwest Region of the United States. Feel free to check out all of our upcoming races. We update our blog on a daily to weekly basis so be sure to visit it and post a comment. Thank you!

Our racing team will expand into other types of bicycle racing for the 2014 season!  If you’re a triathlete and adventure racing participant, please Contact Us if you’re interested in being apart of the team. 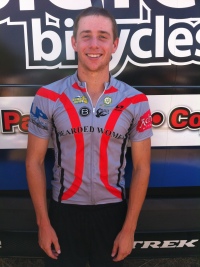